This year, female veterans get their first year of membership on us! National & Department dues will be waived. Read more to view the Female Veteran Membership Recap sheet.

American Legion Auxiliary Girls State is a nonpartisan program that teaches young women responsible citizenship and love for God and Country. Since the inception of the Girls State program in 1937, nearly 1 million young women have had the opportunity to learn firsthand how their state and local government works. The program has grown from a few hundred participants to nearly 20,000 annually. High school girls who have completed their junior year spend an intensive week of study, working together as self-governing citizens. These young women learn government by actually creating a mythical state through the election of public officials on local, county and state levels and then by carrying out the duties of these respective offices. Two citizens from each Girls State are selected to participate in the annual Girls Nation program.
Who is eligible? 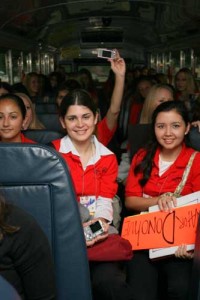 Candidates must be Juniors in high school, intending to return to school for the Senior year. Students from public, private, parochial, and home-schooling programs throughout Florida are eligible. Students must be in the top third of their class. Consideration is given to scholastic achievements, leadership, character, honesty and physical fitness.

Girls are chosen by the local American Legion Auxiliary Units that work with their respective high schools through an interview process.

Any student registered as a full-time student of Florida Virtual School are not eligible to apply for the program.

What Is Girls State

Florida Girls State is a hands-on week-long educational workshop, focusing on Americanism and the political process, sponsored by the Florida American Legion Auxiliary. The goal of the program is to help students to better understand democratic ideals and the part we as individuals play in carrying out these ideals. This program, which has been accredited as a college program to teach high school junior girls about government, politics, and Americanism.

Qualified high school juniors are selected to become citizens of and participate in creating a mythical state of Seminole. This mythical state is divided into 12 cities and 6 counties and the citizens, assigned to either the Nationalist or Federalist Party, experience the two party system, much like our Government. Their rigorous schedule includes participating in political campaigns, debates, and crafting bills. As the government begins to take shape, these young women come to understand their roles in a democratic society.

During their week at Florida Girls State, the citizens will also receive information from the Department (State) President on some of the programs that are important components of our organization